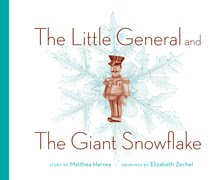 Okay, so I spent all week excited to post about the wonderful poets I read who are also beginning to write for kids. There are more and more of them!

Matthew Harvey has published 3 collections of poetry (and the picture book, The Little General and the Giant Snowflake) , and the most recent was abig dang deal, nominated for the NBCC Award. But I'm posting (below) a poem from her first book (Pity the Bathtub Its Forced Embrace of the Human Form) , because it employs something called a swivel line, which I think might be of special interest to people who write picture books. A swivel line enjambs so that the last word of a line is also the first word of the next line or phrase. So that the word does double duty.

Like any formal tool, it can be clunky, but it can also work amazingly, and is the kind of wordplay kids love!


Pity the Bathtub Its Forced Embrace of the Human Form

1.
Pity the bathtub that belongs to the queen its feet
Are bronze casts of the former queen's feet its sheen
A sign of fretting is that an inferior stone shows through
Where the marble is worn away with industrious
Polsihing the tub does not take long it is tiny some say
Because the queen does not want room for splashing
The maid thinks otherwise she knows the king
Does not grip the queen nightly in his arms there are
Others the queen does not have lovers she obeys
Her mother once told her your ancestry is your only
Support then is what she gets in the bathtub she floats
Never holds her nose and goes under not because
She might sink but because she knows to keep her ears
Above water she smiles at the circle of courtiers below
Her feet are kicking against walls which cannot give
Satisfaction at best is to manage to stay clean

2.
Pity the bathtub its forced embrace of the whims of
One man loves but is not loved in return by the object
Of his affection there is little to tell of his profession
There is more for it is because he works with glass
That he thinks things are clear (he loves) and adjustable
(she does not love) he knows how to take something
Small and hard and hot and make room for
His breath quickens at night as he dreams of her he wants
To create a present unlike any other and because he cannot
Hold her he designs something that can a bathtub of
Glass shimmers red when it is hot he pours it into the mold
In a rush of passion only as it begins to cool does it reflect
His foolishness enrages him he throws off his clothes meaning
To jump in and lie there but it is still too hot and his feet propel
Him forward he runs from one end to the other then falls
To the floor blisters begin to swell on his soft feet he watches
His pain harden into a pretty pattern on the bottom of the bath

3.
Pity the bathtub its forced embrace of the human
Form may define external appearance but there is room
For improvement within try a soapdish that allows for
Slippage is inevitable as is difference in the size of
The subject may hoard his or her bubbles at different
End of the bathtub may grasp the sponge tightly or
Loosely it may be assumed that eventually everyone gets in
The bath has a place in our lives and our place is
Within it we have control of how much hot how much cold
What to pour in how long we want to stay when to
Return is inevitable because we need something
To define ourselves agaisnt even if we know that
Whenever we want we can pull the plug and get out
Which is not the case with our own tighter confinement
Inside the body oh pity the bathtub but pity us too
Posted by Laurel at 5:34 AM

Hello Laurel. I work for Fitzhenry & Whiteside in Toronto, Canada. I'm trying to compile a list of YA blogs for review mailings and blog tours.

I can't find an email contact on your profile. Can you email me at max@fitzhenry.ca and we can discuss further?

Thanks, hope to hear from you soon.

Hi Laurel--Great idea, but it's Matthea Harvey, not Matthew.